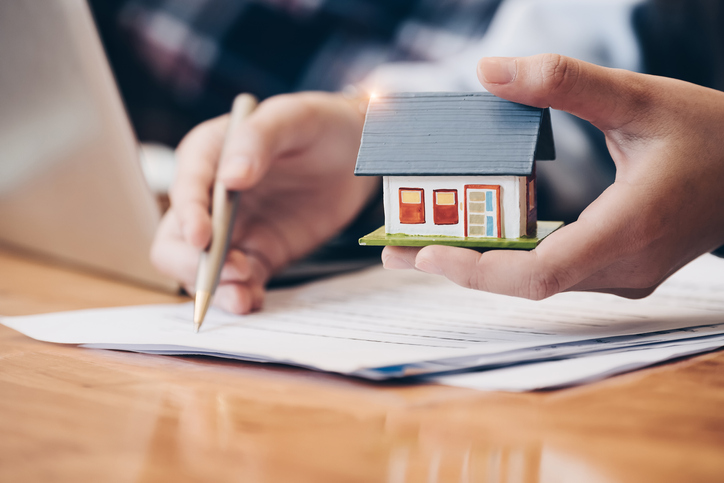 The Burlington Real Estate Market Statistics for May 2020 have been provided by The REALTORs Association of Hamilton-Burlington. We can see when we take a look at the numbers that even though some percentages may be down when compared to the same times last year, the market still continues to be active, due to a balance of buyers and sellers.

These decreases in overall numbers are due to the fact that we are in the middle of a global pandemic. But despite these circumstances, the real estate market continues to push forward. Because buyers still need to buy and sellers still need to sell. Even though active listings might have been down by 30% the numbers of days homes remained on the market was unchanged.

The above map, Average Price by District illustrates how each neighbourhood in Burlington did in terms of the average residential sale price, plus the number of homes sold at that price. Sub areas to note are; 31, 34 and 35. The area with the highest average property price was area 5 with the average pice being $1,682,500. Area 35, the neighbourhood of Millcroft had an average price of $741,531 with 65 properties sold at that price.

“New listings and sales are understandably down compared to May 2019; however, the average sale price has held fairly steady week-over-week during COVID-19 due to a balance of buyers and sellers. The province moving safely into phase one of re-opening has improved consumer confidence, leading to an increase in activity compared to April. If progress continues and the weather cooperates, we should expect higher activity in June.” – RAHB President Kathy Della-Nebbia

There’s a lot going on in the world and we know you might have some questions. Or you might be looking to put your property on the market. We can help you’re looking for more information about market up dates related to COVID-19 or have any questions about these statistics, you can contact Lori and her team today.

Despite COVID-19; showings, offers and sales in the GTA have continued to trend upwards. Although we are still considerably behind where we should be, the month over month statistics are trending in the right direction. Showings are up 149%, offers are up 158%, new listings are up 38.2% and sold listings are up 72.4%

Things are improving month over month and the numbers are up 15% this past week prior to the previous week. All aspects of the real estate market continue to trend upwards. With all of the positive signals and our wealth of virtual tools, there is no longer a reason to continue in a holding pattern with your real estate needs.

If you have any questions regarding the real estate market or how we are working to meet the needs of our sellers and buyers, or if you’re interested in selling, please contact us today. I know that we will come through this time stronger and by supporting each other, we’re keeping ourselves safe and our communities as well.

Housing market outlook for 2020 will be a seller’s

Let’s take a look at the housing market outlook for 2020. In this article we’ll review the report REMAX provided us with. They reported on these statistics and trends expected for 2020. It was reported that the market will favour sellers in the housing market when it comes to the average price of a residential property.

And have had to find other ways to finance the purchase of their home. For example, there are some people that have chosen to go through private lenders rather than using a bank.

The Development Freeze in downtown Burlington

If you’ve been to visit downtown Burlington recently, it’s hard not to notice that there’s a lot of construction going on. New condo buildings seem to be popping up everyday. But there has been a development freeze put in place. This means that there could be delays to any future developments.

The municipal government has been putting out regular newsletters to let the community know what the plans are. It’s a good idea to pay attention to these updates if you have invested in a new condo.

You can find updates on the City of Burlington website. So that you’re aware of any possible changes to the freeze. However, with that being said, there are many new buildings that are in very sought after areas going up all over the downtown area.

The GO Train and Affordability Beyond the GTA

It’s no surprise that many people have been leaving Toronto and the surrounding GTA for quite a few years now. And they’re moving to areas such as Hamilton and Burlington.

With the GO Train service expanding and moving toward the Niagara area, it’s only giving more people opportunities to own their own home. And the Hamilton industrial sector has picked up, the economy is expected to see positive impacts over the coming year.

With buyer’s from the GTA being a major force in the area and because there has been this expanded GO Train service in recent years, along with affordability in the area. There will be a clear impact on the Hamilton-Burlington housing market in 2020. These buyers are expected to help drive the demand in 2020.

Hottest Neighbourhoods in Hamilton and Burlington

All of these are some of the most sought after neighbourhoods in the Hamilton-Burlington area. There are a lot of different factors that come in to play here; it can be things such as schools, affordability and most desired area.

RE/MAX Canada is anticipating a levelling out of the highs and lows that were reported by the Canadian housing market in 2019. And this is specifically true in Toronto and Vancouver. There are expected to be healthy price increases.

It was also reported that across Canada the markets have experienced moderate price increases year-over-year from 2018-2019. That being said, some regions in Ontario have continued to experience higher than normal gains.

Have Questions About the Market Outlook?

If you have any questions about the information you’ve just read about Lori VanDinther would be more than happy to discuss them. And if you’ve been thinking about selling your home, contact Lori and her team today. They’ll help you find your dream home.

What’s Your Home Worth?

No cost and no obligation.
Evaluate My Home